Kai had been doing well for a few days.
I have been able to back off of some of his pain meds (oxycodone) and eventually started pooping on his own (without the use of a suppository)! He has been tolerating a bit of food each day and has been awake and alert most of the day. He was doing so well holding down his formula that I decided to make him a peanut butter & banana smoothie on Sunday and he ate a good few ounces! I was so excited to see him enjoy the smoothie, peanut butter has long been a favorite of his.
Later that day my mom came to see Kai while Ashley and I went to a craft fair in Worcester. I was not worried at all about Kai since he was having such a good day, but it wasn’t long before I started getting the phone calls. My mom took Kai for a walk and not two houses down he started vomiting everywhere. It was at least 5 hours since he ate the smoothie but it was ALL coming up. He vomited a few more times before I got home, then he slept the rest of the night. I was so excited that he was enjoying the smoothie, it was such a disappointment to see that it ultimately caused him so much pain. My mom and Mark said the vomiting was pretty violent and he was having a hard time catching his breath and settling down. I feel bad they had to experience that, but I’m kind of glad I wasn’t there. I’v seen it enough in the past year and a half.

Here comes the fun part:
The next day we were scheduled to go back to Perkins. I was pretty nervous about it all. Afraid he may get sick on the long morning commute into Watertown. Afraid all the excitement would be overwhelming for him. That he would be in pain. But we went. During his school i am right upstair at the parents meeting if anything went to wrong.
I am so happy to report he did great!
The kids went over to the greenhouse this week and smelled and touched the plants and herbs. Kai got such a grip on one he took a little piece home with him. 🙂
When I went down to pick him up he was playing with his volunteer. He stayed awake the whole time and seemed to really be enjoying being around the other kids.
It was so great to see everyone and to know it is still something he can enjoy. I also had a great time catching up with everyone at the parent meeting. So glad we went!
Having such a great day at Perkins gave me the confidence to bring Kai to the respite center today. We had been on the list for this respite center for about 6 months and Kai finally got a spot just before all of his new decline. A few weeks ago I called and told them we would not be coming but ended deciding we should give it a try.
This place is absolutely amazing! The first time I went to meet them I didn’t want to leave. In fact I think I stayed for 2.5 hours! They have a preschool program upstairs and an adult program downstairs. It is a beautiful house with so many beautiful people dedicated to providing a warm, fun, and full filling day to these kids and adults with disabilities. I am still in awe of the support they provide.
So today was Kai’s first day and he did great! I am able to leave him there from 9am-2:30pm. They have many people working there so the kids are one to one, and they have a nurse. They will do tube feeding, meds, whatever he needs.
Today they did a few art projects and his wonderful TVI, Linda, stopped by to show everyone how to best help Kai use his vision.
http://www.hopkintonrespite.com/

I am happy to share a little of Kai’s fun with all of you!
Thanks for all your support, love, concern and hope. Your comments of encouragement and support mean so much to me. I say things in this blog that I do not often say in my real life and I sometimes forget how many people are reading and affected by our story. I know the posts lately have been difficult that is why I wanted to get this one posted ASAP! 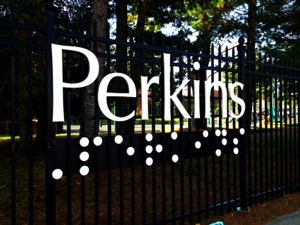 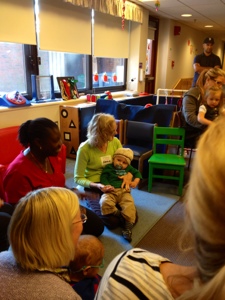 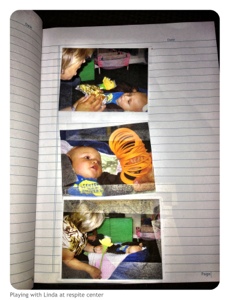 9 thoughts on “A little fun”