This week has been full of ups and downs.
There are so many wonderful positive things happening with Kai’s Village keeping me busy. It’s amazing to see Kai’s spirit living on in the work we are doing to help others. It has also been overwhelming at times. So much is happening so fast that it can be hard to keep up. It’s hard to feel like this is my life. Nothing of my life is the same anymore. My past feels so irrelevant after Kai and any thoughts I had of my future died with him. Everything I was is slowly turning into something else. Try to keep moving forward but it just feels like I am somehow living someone else’s life.

When we were still in the hospital I had decided to take a trip for Christmas. I figured it would be good to have something to look forward to and that being around everyone for the holidays would probably be to much for me to handle.
Most people in New England would head south for the winter. Some where warm and tropical and sunny. I will be leaving for Canada.
Every time I tell this to someone they look at me like I’m crazy. ‘Are you sure you really want to go to Canada in December?!?’ I have had offers for Jamaica, Florida, Arizona and Hawaii, all of which seem like a more likely and appealing winter getaway -but I couldn’t stand the thought of siting on the beach somewhere. The thought of soaking in the warm sun makes me want to shrivel up and die. The cold arctic air of Canada, wrapped in layers of sweaters and scarves in a place where they speak mostly French, somehow that seems okay right now.
It felt more manageable to shop for boots and gloves rather than bathing suite and sunscreen. We originally were thinking of going to London, but even the thought of getting on an airplane was to much for me right now. Making plans of any kind have been very difficult. I can hardly commit to a lunch date these days, never mind international air travel. So Canada it is. My passport will still go to good use, but there will be no lines or crowds of people. We will pack up Kai’s car and, when we are ready, drive away. I can bring as many of Kai’s things as I like. I can stop when I want to, or just keep driving. I always lobe a road trip so this just seemed right.
All week I have been trying to pack. As much as I know I need to take this trip packing has been difficult. I am used to rushing out of the house with a bag of sweats and a tooth brush and spending days, weeks, at the hospital with Kai. Even when I have gone overnight somewhere in the past few years, I spent most of my time packing up Kai’s thing and then just thrown my stuff together last minute. Taking time to pack for just me is hard. It’s foreign. It turned into one of those real life necessity things that just seems so pointless and overwhelming to me right now.
I think it took me four days to get out of the house, literally. The first two I focused on laundry. It had been a while so this was a big undertaking, and focusing is more of a problem than ever (and its always been a problem!) once I saw what I had I began putting things in piles, trying to plan out what I would really need. This day was difficult. I started feeling like maybe I wasn’t ready to leave for so many days. I started feeling bad that I was abandoning my family for the holidays when I know they are all hurting too.
In the end I took every piece of clothing that currently fits me. I took 4 pairs of boots, workout shoes and clothes (even though I have not worked out in many, many months) 3 books, 2 cameras and a few of Kai’s things. I left the house at least 8 hours later than I was planning and almost left without my jacket ( thanks mom)! But I am now on my way.
Tonight I am spending the night in Boston with Ashley and Joe. In the morning the three of us will get in Kai’s car and drive. We have no hotel reservation for tomorrow because I could not commit to how long I want to drive or where I want to end up or if i really was even going to be able to go! I have to say, it takes some very special friends to use their vacation time, pack up, get in the car and spend their Christmas with a person who can not even commit to a hotel reservation!
Wish us luck! 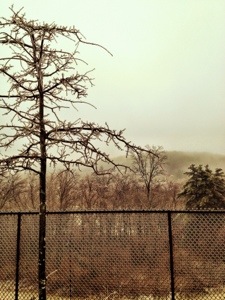 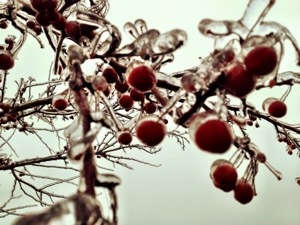 26 thoughts on “Away for the holidays”